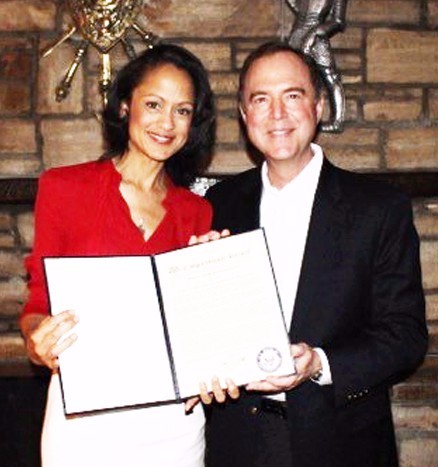 U.S. Congressman Adam Schiff (D-Burbank) has named Anne-Marie Johnson, Silver Lake Neighborhood Council Co-chair, the 2017 Women of the Year for Silver Lake, noting her tireless work to “… support a myriad of charitable, business and community causes, and (make) an indelible mark on our region.” A lifelong Silver Lake resident and graduate of the University of California, Los Angeles, Johnson has served as an at-large SLNC representative since 2011 and is a familiar face in motion pictures and television. She also served as the Screen Actors Guild’s (SAG) first vice president for four terms, and in 2016, was the first African American to receive SAG’s Ralph Morgan Award. In 2017, she received the Rosa Parks Legacy Award from the Southern Christian Leadership Conference.  The press release includes the entry in the U.S. Congressional Record.