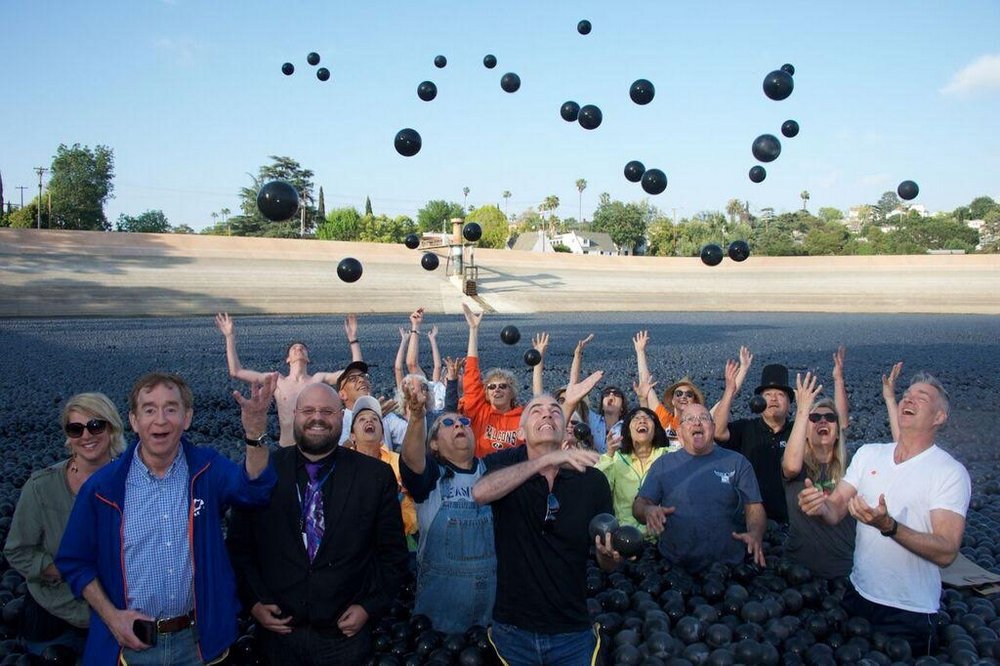 Photo by Gary Leonard for The Eastsider

LNC board members Stacey Boucher and Rusty Millar (front left in photo) joined representatives from the Los Angeles Department of Water and Power (LADWP), CD 13 Councilmember Mitch O’Farrell, CD 4 Field Deputy Adam Miller, and members of community organizations to celebrate the removal of 400,000 black plastic shade balls from the Ivanhoe Reservoir. The water in Ivanhoe has been moved to the adjacent Silver Lake Reservoir, and LADWP has confirmed that both reservoirs will be refilled with a surplus of water in the LA Aqueduct System, starting in April. The four-inch wide balls were placed in the Ivanhoe Reservoir nearly nine years ago to protect its water quality. LEARN MORE