First Community Discussion on “How Words Can Help…and Hurt” Attracts Diverse Audience from Across L.A. 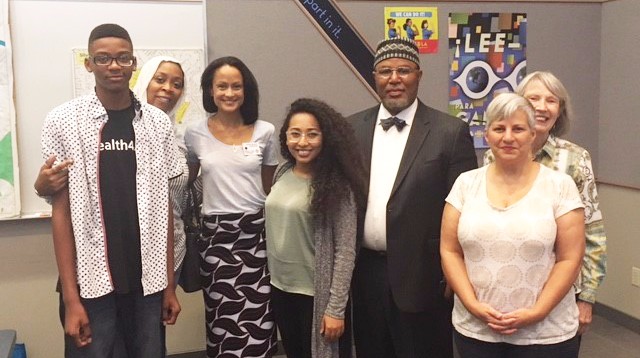 The first in a series of community conversations exploring how “Words Can Help…and Hurt” was attended by an enthusiastic and diverse group of individuals who traveled to the event from as far away as L.A.’s South Bay. The attendees openly discussed “Life As American Muslim” and the misunderstandings that can stem from “Islamaphobia.” Panelist Marwa Abdelghani, media fellow at the Muslim Affairs Council who writes extensively on issues such as the political climate in the U.S. and the Middle East, noted that, “Being a Muslim and an American is not contradictory,” and asked the audience to think about where negative perceptions start.