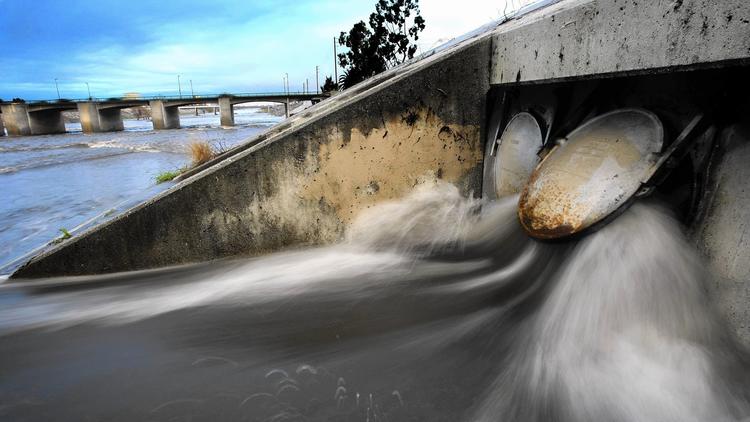 According to an article in the LA Times, Los Angeles collects an average of 27,000 acre-feet of rainwater each year. (Photo by Don Bartletti / Los Angeles Times)

The SLNC unanimously approved a Community Impact Statement (CIS) supporting the completion of the Silver Lake Reservoir Stormwater Capture Project (Council File 17-1119) but requesting that the motion be amended to include the Silver Lake Neighborhood Council in the Memo Of Agreement (MOA) between the LADWP, the Bureau of Sanitation, and the Bureau of Engineers. SLNC Co-chair Scott Plante submitted the document to the L.A. City Council after the SLNC Board meeting on November 1.

The CIS notes that the SLNC is the only publicly elected body within the boundaries of Silver Lake that has been granted the authority to advocate for the public regarding the current and future uses of the Reservoir Complex. The MOA pertains to the Silver Lake Reservoir Complex. The SLNC currently has a Memo of Understanding with the LADWP. The project is expected to take four years. Read the CIS here Link to and follow the stormwater project here.