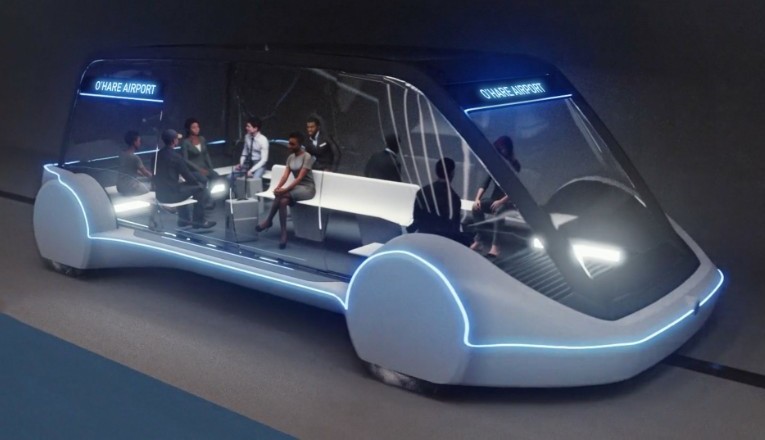 SLNC Board Members Barbara Ringuette, Janis Purins and Douglas Reed recently experienced a firsthand view of The Boring Company’s proposed Loop underground public transportation system during a tour of the company’s facility in Hawthorne, which is located next door to SpaceX.

According to Board Member and Region 2 Representative Douglas Reed, The Loop is a non-vacuum tube system designed to run electric skates (pods) on a continuous network of tunnels, which are intended to reduce traffic in Los Angeles. “A prototype of the system is being developed and constructed and stations could be located anywhere in the city in a space as small as a parking spot,” said Reed.  Earlier this month, The Boring Company tweeted a proposal to run autonomous, zero-emissions electric skates through a privately funded 3.6-mile tunnel between Dodger Stadium and a location in the Hollywood area.  The proposal would require approval from L.A. City Council, and the company would need to acquire permits to build tunnels beneath Echo Park and Silver Lake neighborhoods. The firm projects a trip on the so-called Dugout Loop would cost around $1.